Around 216 kilometers away from Manila, Rosario requires a four-hour drive and serves as a link to the Ilocos and Cordillera Provinces. Kennon Road starts from this town and ends at Baguio City. It is also passed by motorists coming from Baguio City going to Western Pangasinan and Zambales Province. The town shall serve as the terminus of the Tarlac-Pangasinan-La Union Expressway.

Its beach resorts, zoo and other attractions such as the Queen of Peace Priory, Tree House, and World War II Vintage Canons located at the Town Plaza are the most visited by tourists. The Rosario Nature Park, a multi-hectare haven of lush green is La Union’s biggest camping site. Because of its wide area and excellent vegetation, it is used by the Boys Scouts and Girls Scouts of the Philippines as a venue for Jamborees. Air Soft Enthusiasts also utilize the area for their War Games.

From April 17 to 19, an Agri Trade Fair is held to showcase harvests of the Municipality. It is within these dates that the Linubian Festival is held which is named after a local cassava and banana cake. 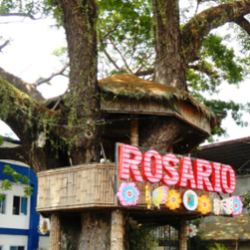 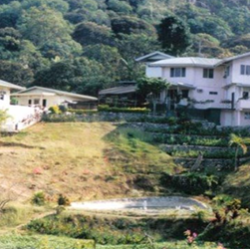